Early seasons find elk anywhere from 7500ft to above timberline. With increased hunting pressure and snow, herds tend to move to remote areas or private landsÑaway from roads and hunters. 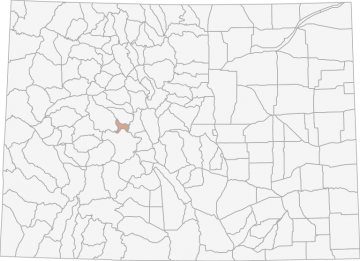 There are 7 hospitals, 20 hotels, 20 campgrounds, and 5 grocery stores within a 20 mile radius.
Login or register for free to suggest an edit for this unit.

Kobey Park and Sloans Peak are good but deep snow and bad roads should be expected, especially later in the seasons.

Deer, Shiras Moose, Black Bear, Mountain Lion, Turkey,
Login or register for free to suggest an edit for this unit.

Snow can exceed several feet in the higher elevations and moisture can make roads dangerous or impassible. 4WD is a necessity. is dominated by the Elk Mountains. Twenty peaks are higher than 13,000 feet above sea level, while six peaks are above 14,000 feet.

This area consists of a series of parallel mountain ranges running mostly NW-SE connected transversely by low saddles. These mountain ranges are divided by the Crystal River. The landscape slopes down to the north to the Roaring Fork and Colorado River Valley floors (around 6,000 to 7,000 ft.) Elevations range from a low of around 5,740 feet at the NW corner of the unit (Colorado River at South Canyon Creek) to the high of 14,265 feet at Castle Peak. Vegetation types in this unit are largely determined by elevation and aspect.

The mountain peaks above approximately 11,600 feet contain mostly bare rock or alpine communities. Spruce-fir grows mostly between the elevations of 8,000 and 11,600 ft. Aspen and aspen-conifer mixes dominate the slopes from 7,000 to 8,500 feet. Mountain shrubs show up on lower slopes near 7,000 feet.

piñon-juniper covers the lower foothills, and sagebrush parks appear on the more level sites as elevation drops. Riparian vegetation runs along the creeks and rivers. Elk prefer a diversity of vegetation types in close proximity cover and forage.

The vegetation in this area can be categorized into five main groups: cropland, riparian, rangeland, forest land, and alpine.

Cropland is found in the valleys at the low elevations and is mostly hay grounds of timothy, orchard grass, wheatgrasses, and alfalfa.

Riparian vegetation is found along the major creeks and rivers. This community supports the greatest number of plant and animal species. Cover types range from spruce-fir to blue spruce, douglas fir, ponderosa pine, aspen, narrowleaf cottonwood, and willow as you go from high to low elevations.

There are also homogeneous stands of Gambel oak. The shrublandsft grasses and forbs provide forage for elk and deer in the spring months. Grasslands occur on the more level sites in forested areas (large bunchgrasses such as Thurber fescue, wildrye, needlegrass, and broome) and in the alpine areas (Idaho and Thurber fescues, sandberg bluegrass, blue bunch wheat grass mixed with forbs).

piñon-juniper covers the foothills. They provide good thermal cover but poor forage. Aspen and aspen-conifer mixes occupy the middle elevations. The understory consists of emerging conifers (where aspen is not the climax species), lush grasses and forbs, and some shrubs.

This community provides important cover and forage for elk. Douglas fir shares the middle elevation zone on the moister sites usually on north facing aspects, but is much less represented than the aspen ecosystems. It is a long-lived species valued for wildlife habitat diversity, scenic value, and big game cover. Lodgepole pine grows in even-aged stands east of the Maroon Bells generally above the aspen and below the spruce-fir.

In mature stands, the dense overstory limits the growth of understory forage, but provides good cover. In recent years, localized pine bark beetle infestations have affected some lodgepole pine forests, but is not widespread at this point. Spruce-fir (Engelmann Spruce, Subalpine Fir) dominates the higher elevations up to tree line. This habitat provides excellent summer cover for elk.

Total Quota
90
Licenses Drawn
23
Licenses Surplus
67
Resident Quota
23
Nonresident Quota
0
Landowner Quota
0
Youth Quota
11
66.7%
Average Draw Odds
HuntScore Tip: Nonresident allocations are determined by the average number of preference points a Colorado resident needs to draw a specific license during a 3-year period. For hunt codes that require six or more points for a Colorado resident to draw an elk or deer license, up to 20 percent of licenses may go to nonresidents. For elk and deer hunt codes that require fewer than six points for a Colorado resident to draw, up to 35 percent may go to nonresidents.

Total Hunters
282
Total Harvest
10
Harvest Male
7
Harvest Female
3
4%
Average Success
HuntScore Tip: Ever hunt a unit with a 100% success rate and not see any deer? If you're nodding your head to any of these scenarios then you're one of the people who knows that statistics are a good guide, but they aren't a guarantee. 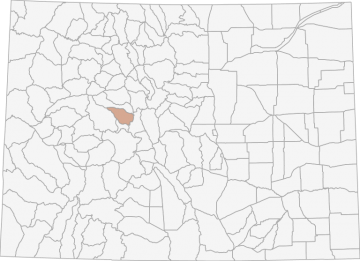 The southern 30 percent of unit usually holds more elk than rest of unit. Twin Peaks and Lake Creek are a good place to drive through on Hwy. 82 scanning for elk. Keep in mind this is very high country with elevations not going far below 9,000 feet. 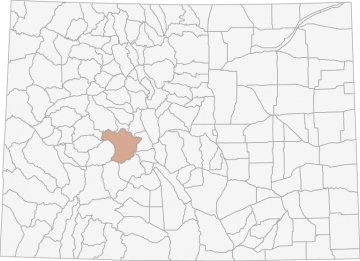 Hunters are advised to be in good shape and to hunt well away from roads. Elk will move to difficult terrain when hunting pressure starts; so be prepared to hunt canyons or thick timber.