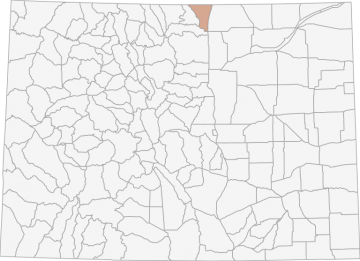 There are many wilderness areas here that can only be reached by foot or horseÓno vehicle access. Hunters must know where they are in this area as there are many public lands locked on all sides by private land. Donftt risk access unless you have received permission well in advance of the hunt. Elk habitat is spread across a wide range of land ownership categories.

There are some small areas managed by the Bureau of Land Management (BLM). Among state lands, those managed as State Wildlife Areas (C) or State Land Board holdings account for almost all of the total area. Many of these state properties provide elk hunting opportunities. Outside of private land, USFS, BLM and C lands receive almost all elk hunting pressure.

There are 5 hospitals, 20 hotels, 9 campgrounds, and 11 grocery stores within a 20 mile radius.
Login or register for free to suggest an edit for this unit.

This area contains a relatively small pronghorn herd that occupies primarily private land north of Fort Collins. There is some movement between Colorado and Wyoming. The 2007 post-hunt population of 1,000-1,100 is right at the long-term objective of 1,100. A small number of adjustments to management have occurred over time in the area including separating it from another herd in 1989 and creating specified muzzleloading licenses in 2007.

This herd has declined in size over the last 18 years; the most pronounced decrease has been during the current decade where fawn:doe ratios have been lower than during the 1990s. Buck:doe ratios however, have trended higher in the last 8 years relative to the 1990s. The 2007 pre-hunt observed buck:doe ratio was 35:100, with a modeled ratio of 26 bucks:100 does. This observed prehunt ratio is in line with the long-term post-hunt objective for the DAU of 25 bucks:100 does.

Harvest has been under 75 bucks and 75 does per year for the last 10 years. When the pronghorn population was larger during the early/mid 1990s harvest levels for both bucks and does were almost twice as high as today. Hunter success is high across all manners of take. In the past 4 years, buck rifle success has been over 90% with doe rifle slightly less.

One year of area-specified muzzleloading data (2007) suggests a high success rate with this method as well. Archery success has been on a slight increasing trend since the mid-1990s with almost exclusively bucks harvested. Archer success rates in 2007 exceeded 45%. As a relatively small herd, almost entirely on private land, there haven't been many management issues in the area.

While a small number of preference points (0-2) are needed to draw rifle licenses few landowners are raising concerns over controlling population numbers or difficulty in drawing licenses. Continued discussions with the City of Fort Collins regarding hunting as a management tool on properties should continue.

Deer, Elk, Black Bear, Mountain Lion, Turkey,
Login or register for free to suggest an edit for this unit.

Elevations range from 12,795 feet at the highest point in the southwestern part of the area to 4,921 feet along the eastern edge near Fort Collins. This area covers much of the northern part of the Arapaho/Roosevelt National Forest. The overall climate in this area is relatively dry with low humidity. Climate varies across the area as a function of elevation.

Total Quota
325
Licenses Drawn
315
Licenses Surplus
10
Resident Quota
295
Nonresident Quota
20
Landowner Quota
0
Youth Quota
24
58.8%
Average Draw Odds
HuntScore Tip: Private land only licenses, also called PLO licenses, require the holder to hunt in a specific GMU and are valid only on private land. You must obtain permission from a landowner. It is recommended that you secure permission from a landowner before purchasing the license.

Total Hunters
254
Total Harvest
185
Harvest Male
99
Harvest Female
81
73%
Average Success
HuntScore Tip: In some smaller units you may not see any data reported for a season. There are instances where not enough hunters respond to the post-hunt survey inquiries and therefore it isn't possible to report any data. 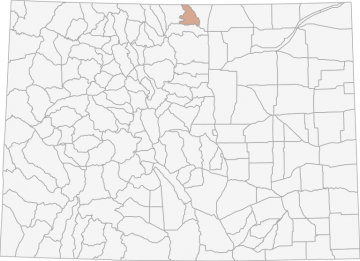 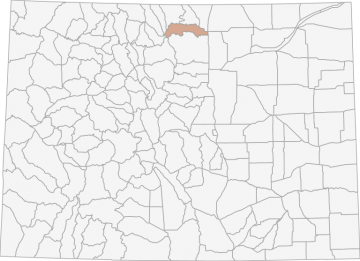 Elevations range from 12,795 feet at the highest point in the southwestern part of the area to 4,921 feet along the eastern edge near Fort Collins. This area covers much of the northern part of the Arapaho/Roosevelt National Forest. 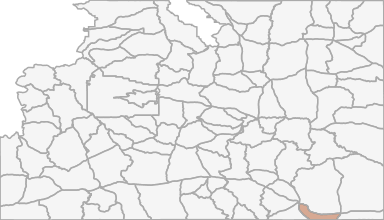