Corner crossing has recently hit the national spotlight as several national media outlets have picked up on the Wyoming corner crossing lawsuit. If you aren't familiar with the case, checkout the GoFundMe page  and this story. It hit our radar about a year ago when the first criminal charges were filed and being advocates for public access we pitched in. However, after reading a lot of vigirous discussion on our favorite hunting forum Rokslide we wanted to figure out a way to do more. We let the idea marinate for a while and finally figured out a way to make a contribution in the best way nerds can, through open source software.

So today we published a Jupyter notebook with code that shows how to classify public land parcels by various access paths. We use Wyoming as an example and show lands that fall into the following categories:

You can view an html version of the notebook here or check out the code repository here. We use generally available public datasets to identify roads and public land and then apply network analysis to determine different paths. It takes under an hour to run the analysis on standard laptop with 8GB of memory and uses all open source software.

One of the primary hurdles in identifying access is determing whether or not a road is open to public travel. For many hunters, they've likely had an experience where a carefully constructed hunt plan is foiled when they hit a road sign saying "Private Road" or "Private Drive, No Trespassing". From mapping applications and ariel views it may appear the road is public. However it is actually a privately owned and maintained road.

One would think a file exists where such information is known about roads throughout the United States. That thought, as far as we know, is incorrect. Much of the nations road data comes from the US Census Bureau's Tiger Line shapefiles. While there is a road classification system, it does not differentiate between private and public roads. Private roads which are not maintained through public dollars may or may not allow for public access. In our analysis of Wyoming public land, excluding any "potentially" private road (according to road classifications) could mean that 5.5 million acres of land is inaccessible. However, assuming all roads are open, except those expressely designated as private, leads to only 500,000 acres of land being classified as inaccessible. That is a huge difference!

The MAPLand Act passed in 2022 should help to shed some light on the situation by digitizing right-of-way and easment data public land management agencies have with private land owners. However it will take several years for this to happen. 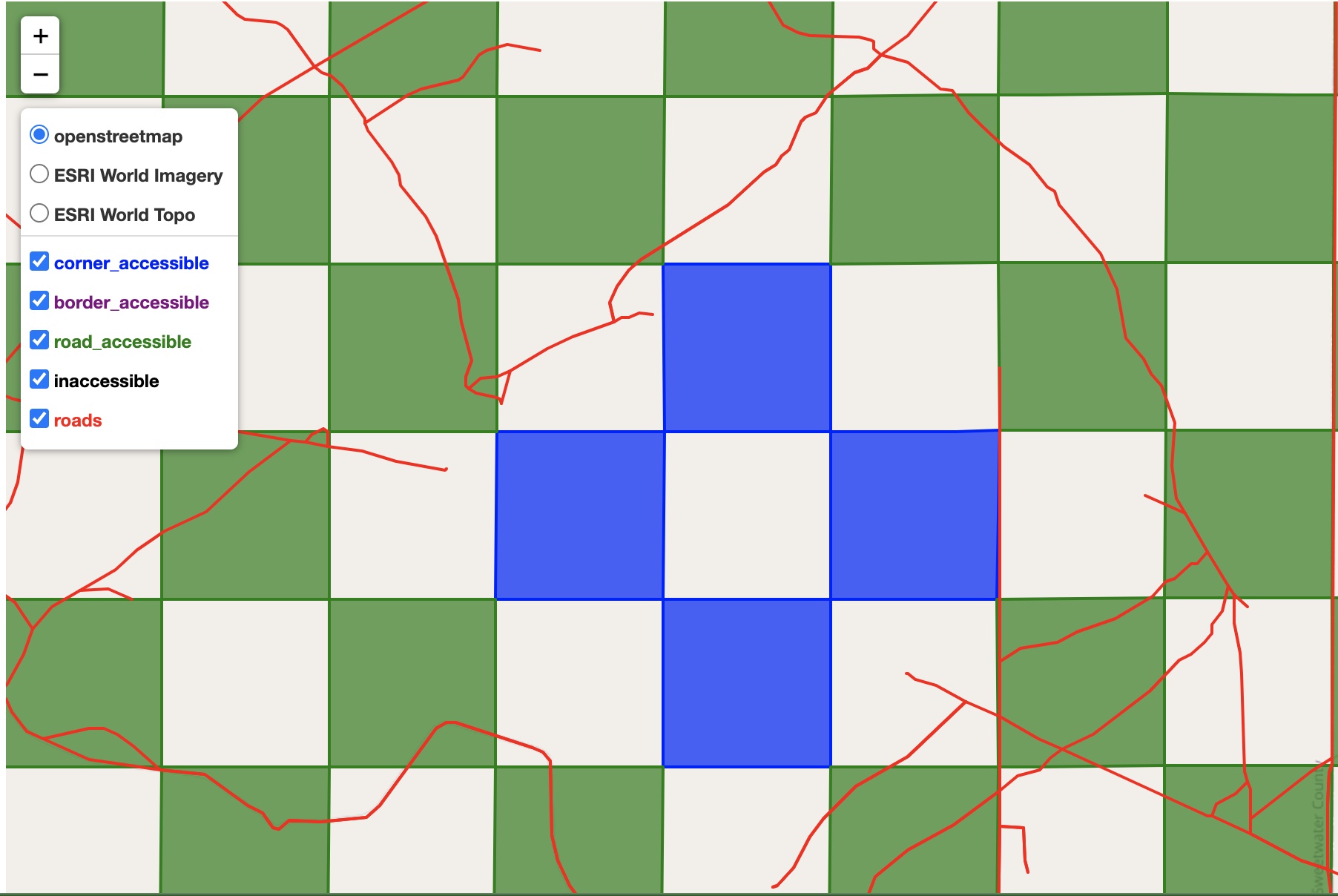 Because of this access issue and the checkerboard pattern of some public lands, one potential access path could be through corner crossing. How that access is granted, whether it be through private party access, a public/private partnership or public easements may have more clarity after the Wyoming corner crossing case works its way through Federal court. At the very least, identifiying and quantifying these parcels is useful.

In the notebook we provide a method for identifying corner crossing parcels and the path across parcels to publicly accessible parcels. This methodology can be used for a variety of purposes. Further the network architecture allows for weighting of edges and nodes and developing a custom solution to identifying access the most important or priority access paths. 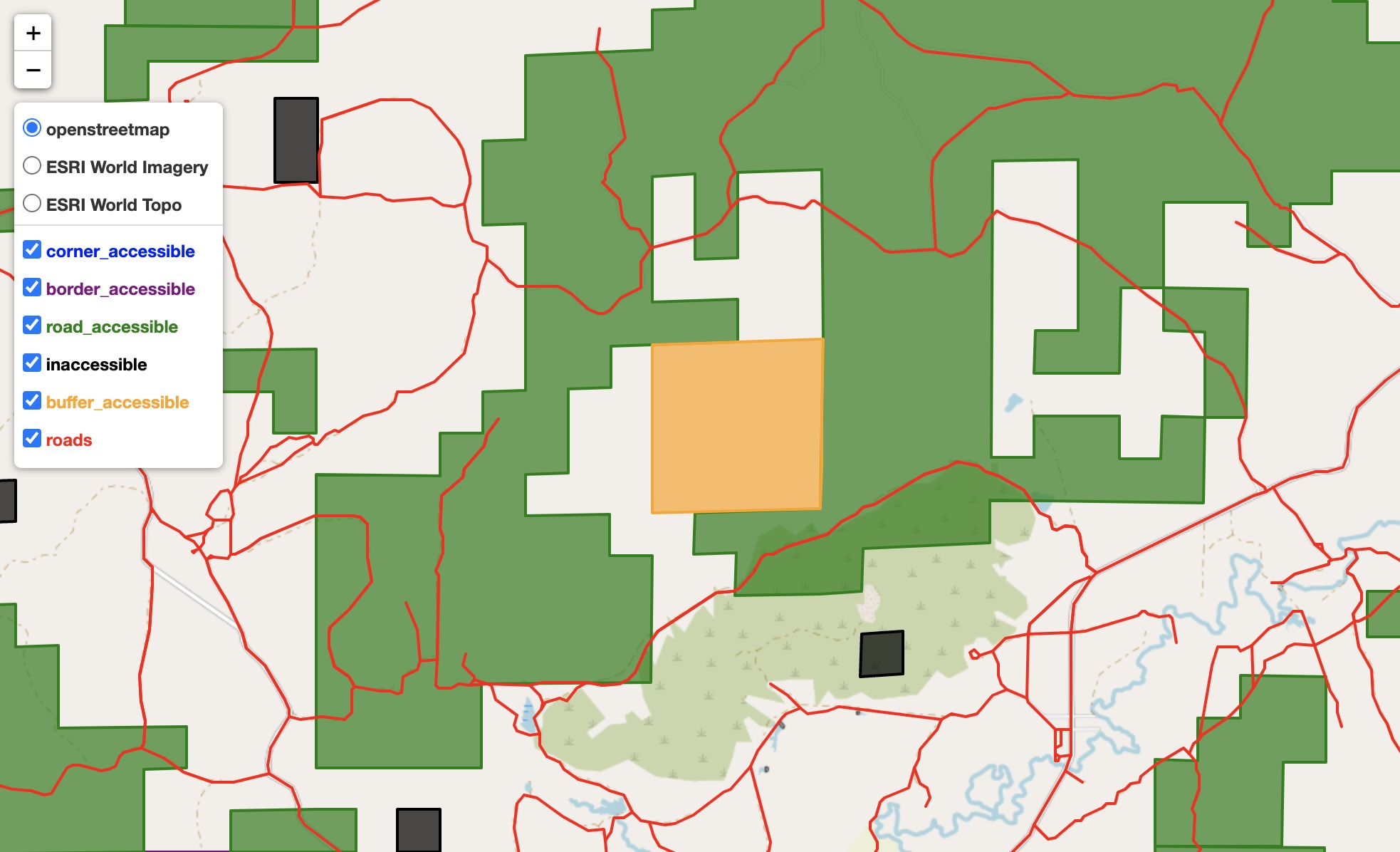 Public land data is also somewhat imperfect in that parcels that likely touch don't in GIS files. So we take some liberty in expanding data slightly to see if it then intersects. If the buffered polygon intesects another accessible polygon we say it is buffer accessible. Some further analysis could be done to identify these "buffer accessible" parcels as border or corner accessible. In our example, buffer accessible lands are nontrivial accounting for almost 400,000 acres of public land. There is still some error (as seen in the image below in the top right corner) so a larger buffer or perhaps a computer vision approach could further refine the buffer accessible lands. 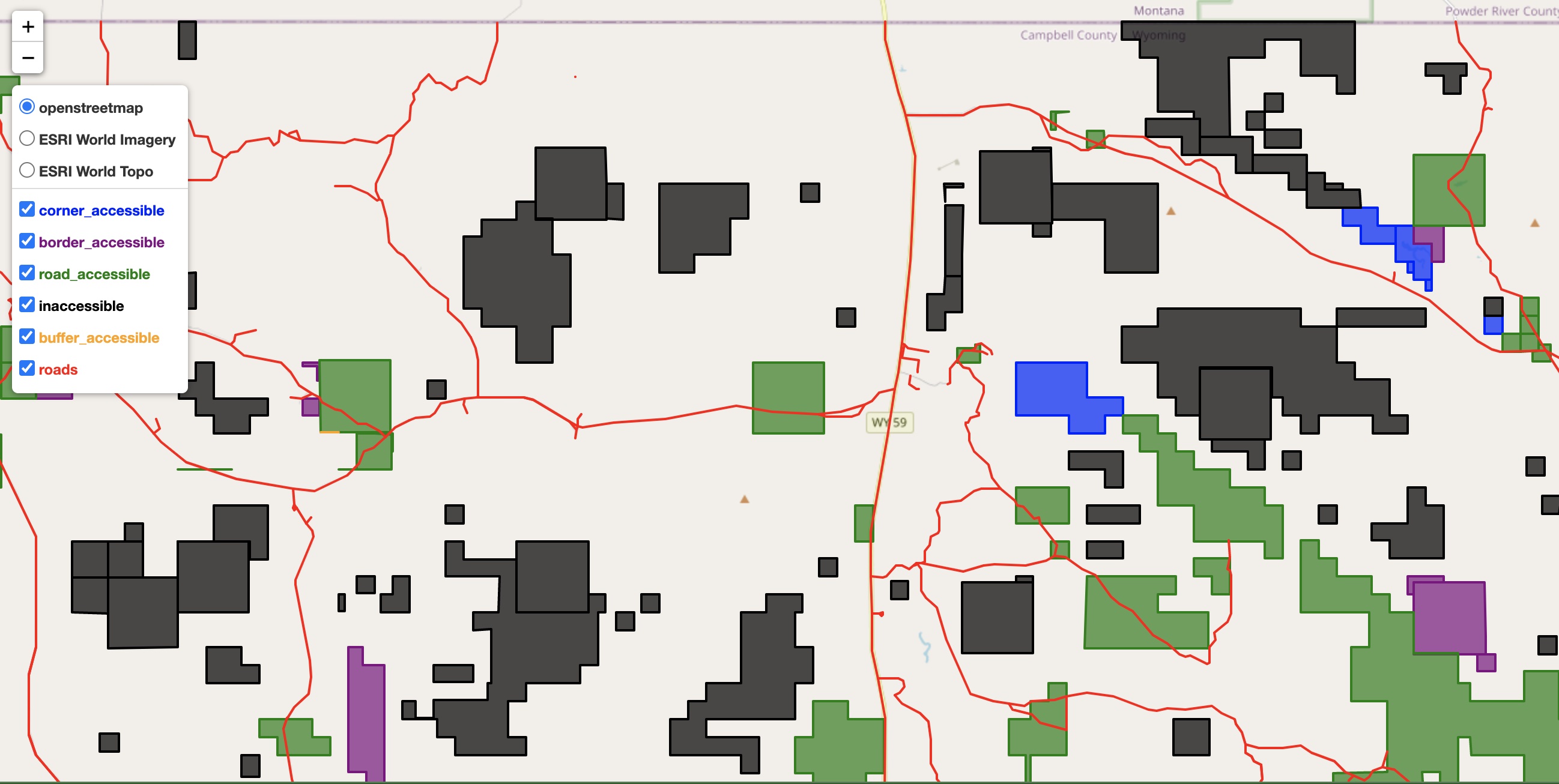 Even after all the effort of trying to account for different access methods, there are still around 725,000 acres which are inaccessible in our example. Many of these lands are close to accessible public lands but would certainly need access easements over private land. So irrespective of what happens with corner crossing, there is still a large amount of public land without clearly defined access. Hopefully the code and analysis helps contribute in some way to furthering public access to these public lands. 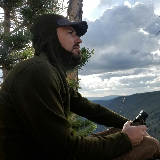